Oh, The Salem Heritage Trail.  This landmark in the witch city is also referred to as “What’s that red line on the ground?” and “Where does that trail on the bricks go?” by those who are new to exploring Salem.

So what is it, exactly?

That line is the Heritage Trail and it brings you on a self-guided walk around some of Salem’s most visited as well as historic sites. It will bring you from the Salem Ferry all of the way down the Pickering wharf, either up towards the Salem Common or down towards the Witch Village, around Essex street and the old town hall as well as by the Witch House and Pedestrian Mall.

Does it follow the same route as the Salem Trolley?

Many of these spots on the trail are also stops that the Salem Trolley makes, however it does not go to all of the same places.

What landmarks does it include?

To read a full run down of which areas the Heritage Trail takes you to, click here. 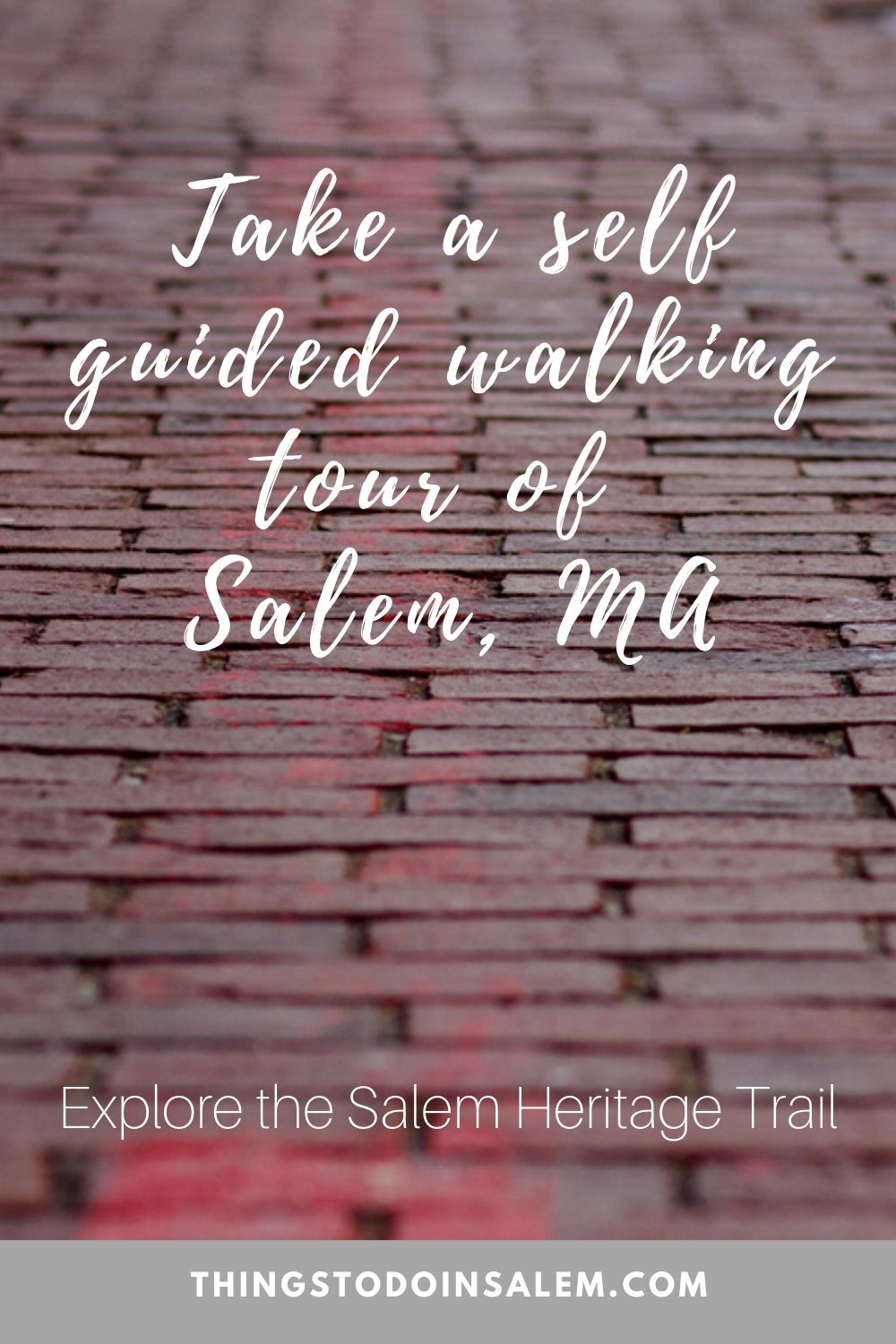 Previous Post: « Getting around Salem, MA without a car
Next Post: Exhibit Opening: These Walls Do Talk at the House of the Seven Gables — Apr. 6, 2018 »