This one is something a little different. The blog posts and newsletters where you guys get to learn a little about me do well and are received well, so I have been trying to work that in a bit more. 🙂 Today on the blog I wanted to cover a few things that Salem has taught me. Life lessons and discoveries can come in my forms and my connection to the witch city has highlighted a few things for me over the years.

It’s all going to be fine.

Now…we’re going to get a little personal into my life here with this one. I came to Salem for the first time with my then boyfriend. It became “our place” that we loved to visit together. We came into the city often and it was always the best time ever. We got engaged in Salem. My engagement ring came from RJ Coins in Salem. We were planning to get married (…you guessed it) in Salem. The city had big ties into our relationship. So when that fell apart, after we had been together for eight years, I was worried about what that might mean for how I felt about the city. I was worried that Salem might make me sad or remind me all together too much of that time in my life with him. I knew I needed to give it a try anyways, though. I knew I couldn’t walk away from a place that made me so happy just because of memories it holds. The universe isn’t without a sense of humor, you guys. When I came into Salem for the first time after that relationship, I walked down by the Derby Wharf and noticed a large tent set up behind the House of the Seven Gables. They were having a wedding there. My ex boyfriend and I had been in communication with the Gables during our engagement and had considered having our wedding there. It’s like the universe was testing me by throwing something potentially upsetting my way. However, despite everything, it was entirely fine. It didn’t upset me at all and in that moment I sort of proved to myself that it was going to be okay. That Salem didn’t have to be tied to my ex and that I could establish myself here just fine.

“I run a website relating to travel and tourism in Salem, MA”. Um…what? I get so many weird, curious looks and eyebrow raises when people ask me about what I do. Being a blogger, travel blogger, social media influencer, etc. etc. etc. is something that is commonly accepted and understood by younger generations, but to people like our parents and grandparents, it’s kind of a weird one to wrap your head around. Most people are genuinely curious and want to know about it, but I have certainly gotten some weird reactions. Especially when the mental images of Salem that the general population holds often strongly relate to the witch trials. “You write about the witch trials?” “So, if someone wants to come see the witches in Salem?” “Do people visit Salem other times of the year besides October? There is other stuff going on?”

Go for your goals and personal projects

I bought this domain name (along with a few others that are related) many, many, many years ago. Sitting in a window booth at Rockafellas one October with my then boyfriend, waiting on our food to come, we realized the domain names weren’t taken (meaning no one owned them). Using my cell phone, I added a whole group into my cart and purchased them in a batch. I didn’t wind up doing anything with it until about two years ago when I was suddenly hit with the desire to create the website at that point. I wasn’t sure what route I wanted to go, what I wanted this all to look like, but one day I got a little nudge from the universe to start addressing this idea that I had kept on a back burner. I haven’t looked back since.

Just go with it

I have mentioned in a few places around my blog that the first time I ever visited Salem, I didn’t really want to go. It was super late in the game for a Halloween visit, we had nothing planned and no clue. However, I got talked into it and wound up having the best time ever. It changed the course I was on and opened my eyes to a ton of new things. Sometimes you have to just go with it and let yourself move with the currents.

Travelling around New England, sitting on a bench in Salem with my coffee as I people watch, taking photos for my website and social media, running around and working with different businesses and people – I’ve learned to be very comfortable in my own company. Sure, I have friends of course and people I spend time with. However, I do a lot of work solo. And ya know what? I love it. I love being able to do what I want, when I want and come and go as I please. Being on my own schedule is awesome and I’ve learned to be so comfortable in my own company.

Feel free to comment below with your own experiences and as always, enjoy!! <3 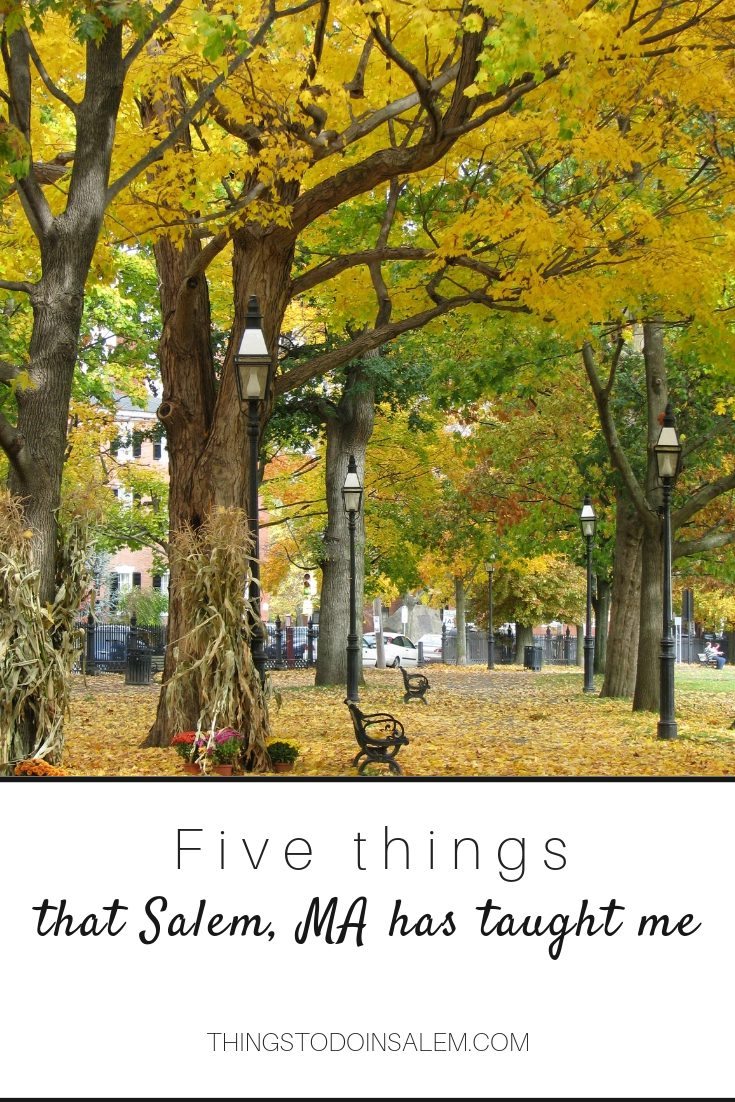