I see this question a lot in my Facebook group, in my DMs on Instagram and in my emails. We all know visiting Salem, MA during October is basically signing up for the crowds and lines. Going during the week as opposed to a weekend will lessen this a little, however overall October is a very busy time to come into the witch city. So what about visiting during September or November?

I absolutely love Salem during October. Yes, it’s crazy and busy but I think the vibe of the city at this point is so fun and unique. However, if that’s not your cup of tea then coming early, before the October crowds is your best best in my opinion. If you still want some fall (ish) vibes without the chaos, then come during September.

I swear, it’s like on November 1st someone flips and switch and the city empties out. There are still tourists wandering around of course but not nearly to the degree that was seen just the night before. It is way more quiet in November and the city collectively takes a deep breath.

Something to keep in mind when it comes to a November trip into Salem…some businesses take a short break or close for the colder months. If there is a certain attraction or business you had your heart set on I strongly suggest calling ahead to check their November hours.

What you miss by not visiting in October

If I had to pick

If you made me pick between a September visit or a November visit, I’d pick September, personally. 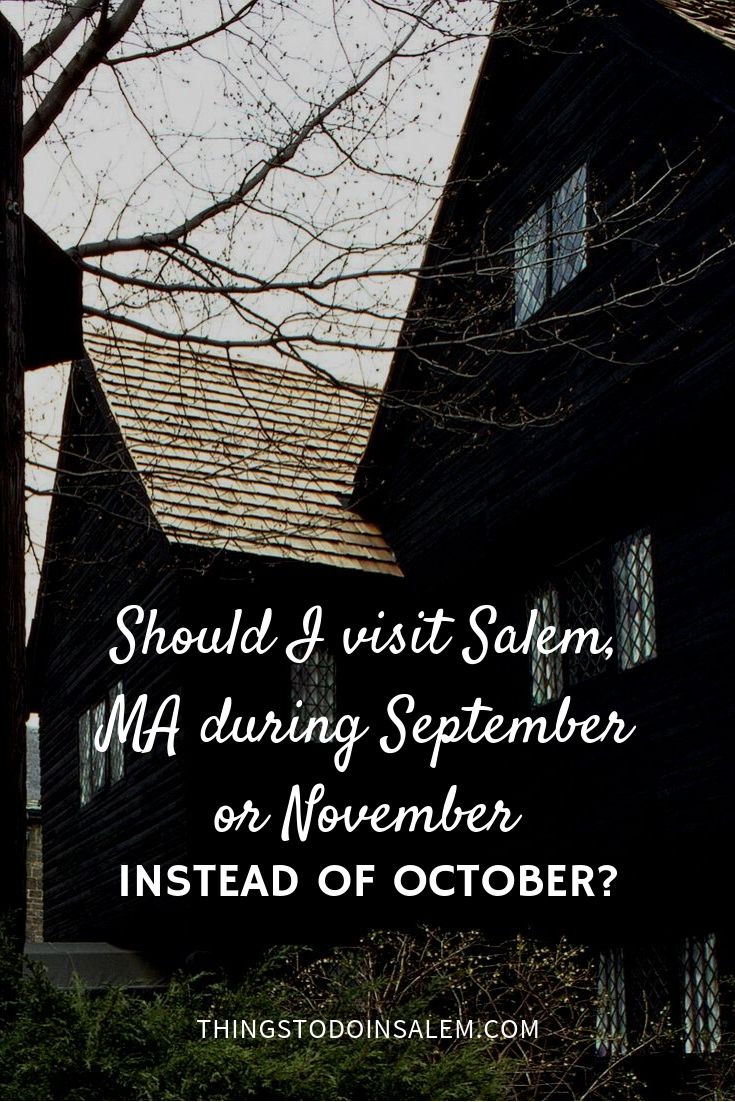 Previous Post: « Things to do in Salem, MA if you don’t feel well
Next Post: Christmas Tea at Phillips House, Salem MA — Dec. 2019 »

Salemopoly is back in stock, just in time for Hall

Did you see yesterday's blog post? It contains all

Before ➡️ after. Both of these photos were tak