YOU GUYS. I am so excited to say that the information regarding Salem’s Black Hat Society’s costumes for 2018 is all pulled together and here for you to preview!! If you’re going to be in Salem for Halloween make sure to find them on Essex street and tell them I sent you. If not, you can follow along with their witchery and general shenanigans over on Instagram, Facebook, YouTube and Pinterest. Their website is www.salemsblackhatsociety.org.

PS – Did you know they do vow renewals and wedding ceremonies too? 😛

For clarification, Brian is the green faced witch, “Borah” and Priscilla is “Xander”.

“Brian:
Every year in February, Priscilla and I start brainstorming about Halloween costumes for the coming season. For 2018, I wanted Borah’s costume to be a comprehensive design. This year’s concept truly shows the raw, bare bones of who Borah is. The design not only reflects the essence of who Borah is but where and how Borah lives.

In general, Borah appears to be a hard, cold, lonely witch with dark, raw and rough edges. Borah seems to be a miserable, cranky old hag, polar opposite of Xander Diamond. But underneath all that is a warm, fun loving heart that Borah does not want anyone to see.

To pull this look off, I wanted the costume to be made from rags that were torn, and dark tones of drab colors. Borah dresses their self and makes their clothes with whatever is lying around. Hidden in various areas throughout, under the rags can be found, silky, sequined, minty green colored rags which represents the brighter, tender side of Borah’s heart. 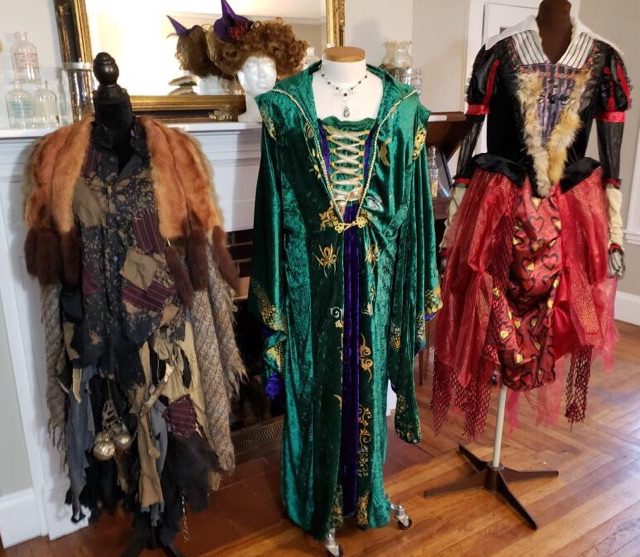 Two years ago, Priscilla and I met Terri Ludwig of Green Phoenix Threads. She was selling her products at Haunted Happening’s Biz Baz. Terri designs and builds handmade coats and dresses that are unique. We were immediately drawn to the way she matched different shapes, patterns and colors of material. So, in March of 2018, I was playing with different materials and patterns and I just wasn’t feeling the vibe that I was going for. I remembered Terri’s work and I thought … WOW, her unique eye for detail, technique and talent is exactly what Borah needs to pull off this year’s look. I gave Terri a call and explained to her what I was looking for. She immediately got it and told me that she knew exactly where she could go with this project. I went for a measurement and we spoke on the phone a couple of times and I sent her some pictures to help convey the idea. I clearly explained Borah’s character to her.

A couple of months later, Terri called me up to tell me that the costume was complete. I went over to her studio and it was love at first sight. Before I tried it on, I knew it was perfect. It was far better than what I expected!

Terri: (pictured in the image at the top of the post, center)
I’ve been making upcycled art clothing for 6 years. A majority of my material comes from thrifted or donated garments. I was very excited when Brian asked me to help design this costume because it gave me a chance to step really far outside my comfort zone. Brian is a dream to collaborate with! He gave me loads of inspiration, pictures, told me exactly what he wanted, and was fantastic with the communication. I had to “unlearn” how to sew while I made this piece in order to achieve the ragged look. Making this costume has given me the inspiration to push my own boundaries and get a little wild with my newer creations. Thank you, Brian! See you at Biz Baz!

Brian:
In addition to Borah’s main drab costume that Terri built, Borah has two more new costumes for this year. One is a softer look with red, black and white colors and of course fur throughout. This costume will be used specifically for the younger children’s events such as Wicked Wednesday’s Children’s Parade and Cosplay Event on October 17th (please refer to Haunted Happenings Magazine on line or grab a magazine in town from one of many locations for details). The third costume is where Borah and Xander will be pulling off Meta. Meta refers to the thing itself. It’s seeing the thing from a higher perspective instead of from within the thing… self-referential. It is where our characters, Borah and Xander who will be costumed and portraying other characters. Everyone knows it’s the 25th Anniversary of Hocus Pocus. Borah will be dressed as Winifred and Xander will be dressed as Sara. The third Sanderson sister is going to be a surprise! I searched the net over for the perfect Winifred costume. I love Spirit Halloween and they have a terrific Winifred costume, but it was not exactly what I was looking for. I finally located a costume builder in England. She was able to create exactly what I was looking for. My Winifred wig had to be just right too. I found a wig maker that creates wigs for Broadway and off Broadway shows… it is perfect! It is hand made of human hair. Each strand of hair is sewn into place. 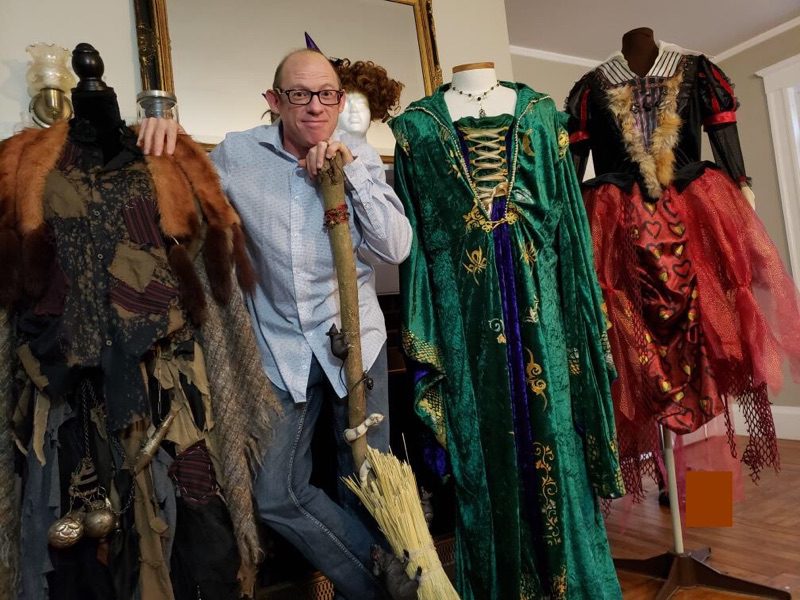 Priscilla and I have already begun brainstorming on our costumes for 2019… and I know exactly what Borah is going to be… Terri will be working with me again for October 2019! Priscilla and I look forward to seeing everyone this October! Thank you everyone for following us on IG, FB, YouTube and Pinterest!

Priscilla:
SBHS always keep our followers in mind when we create our new costumes. We listen to feedback we receive throughout the year and make decisions on what we will reveal in the month of October for our new costumes. 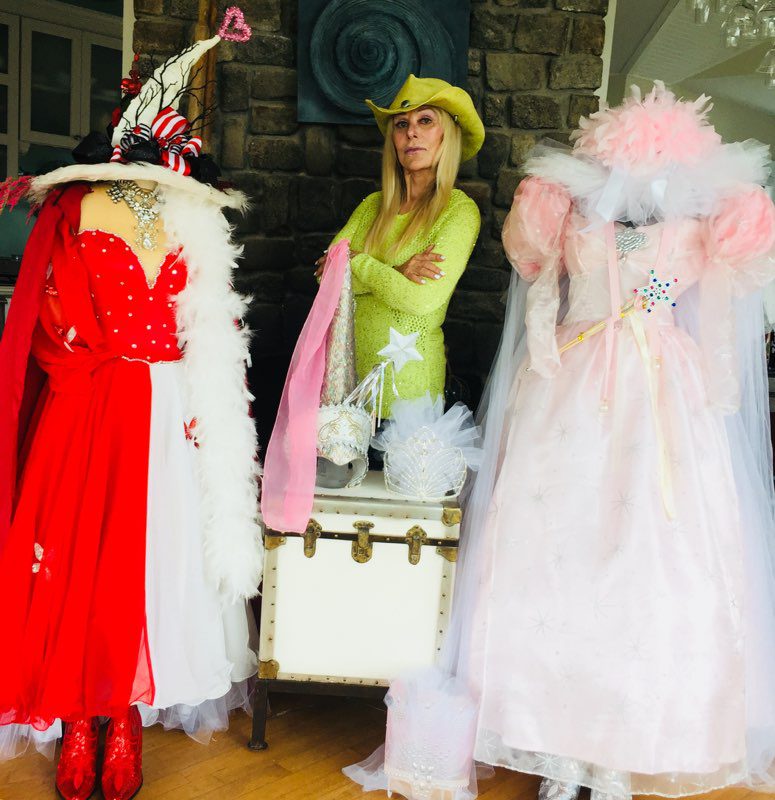 Borah and Xander have been asked to preform or make an appearance for children from time to time. Some of our little followers are frightened by the witch costumes. So, this October, I decided to create a soft-side of costume collection. My inspiration for the first one is the Wizard of Oz classic movie with a Glinda the Good Witch costume. Pretty in pink, including a MAGIC wand! All the little girls will adore this character! 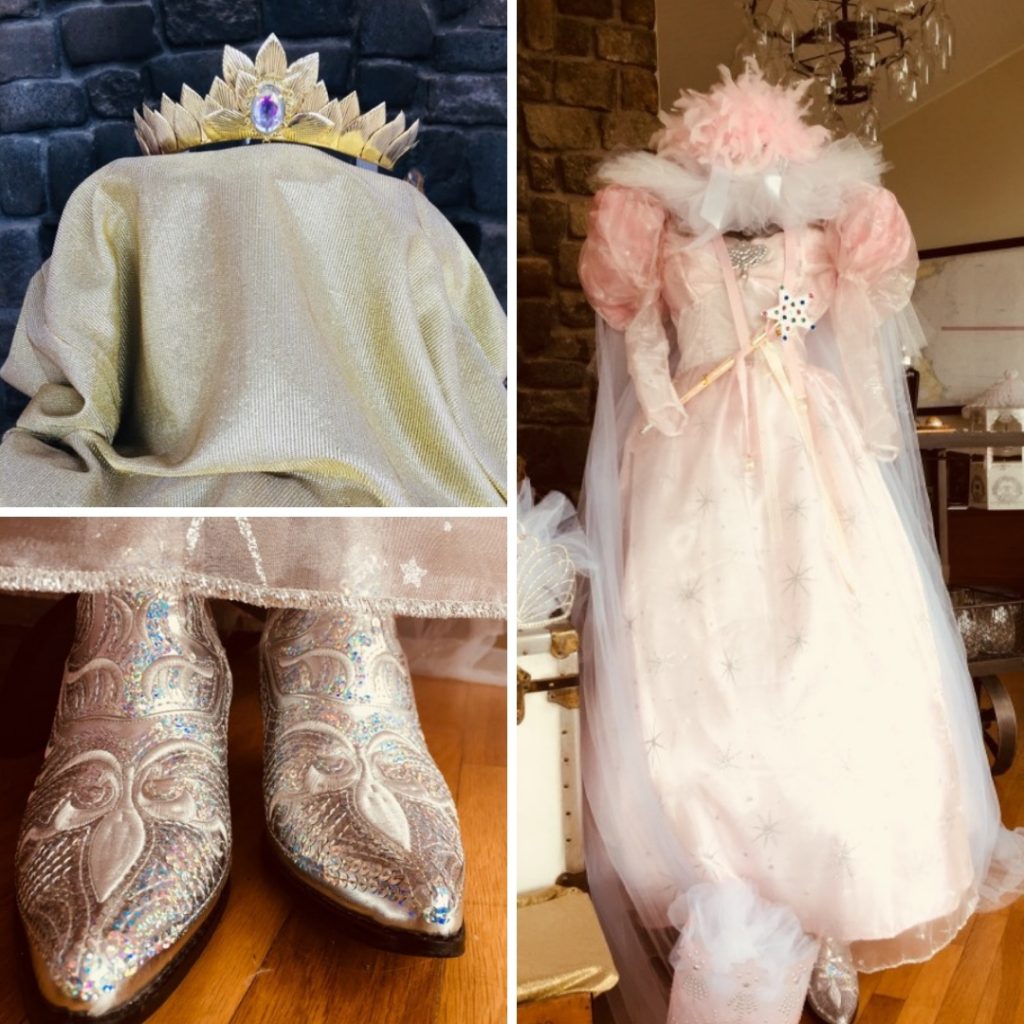 The 2nd creation is a Red Devil Dress. Red and fiery with a red cape for the witch effect, but a friendly witch for the leary little ones! 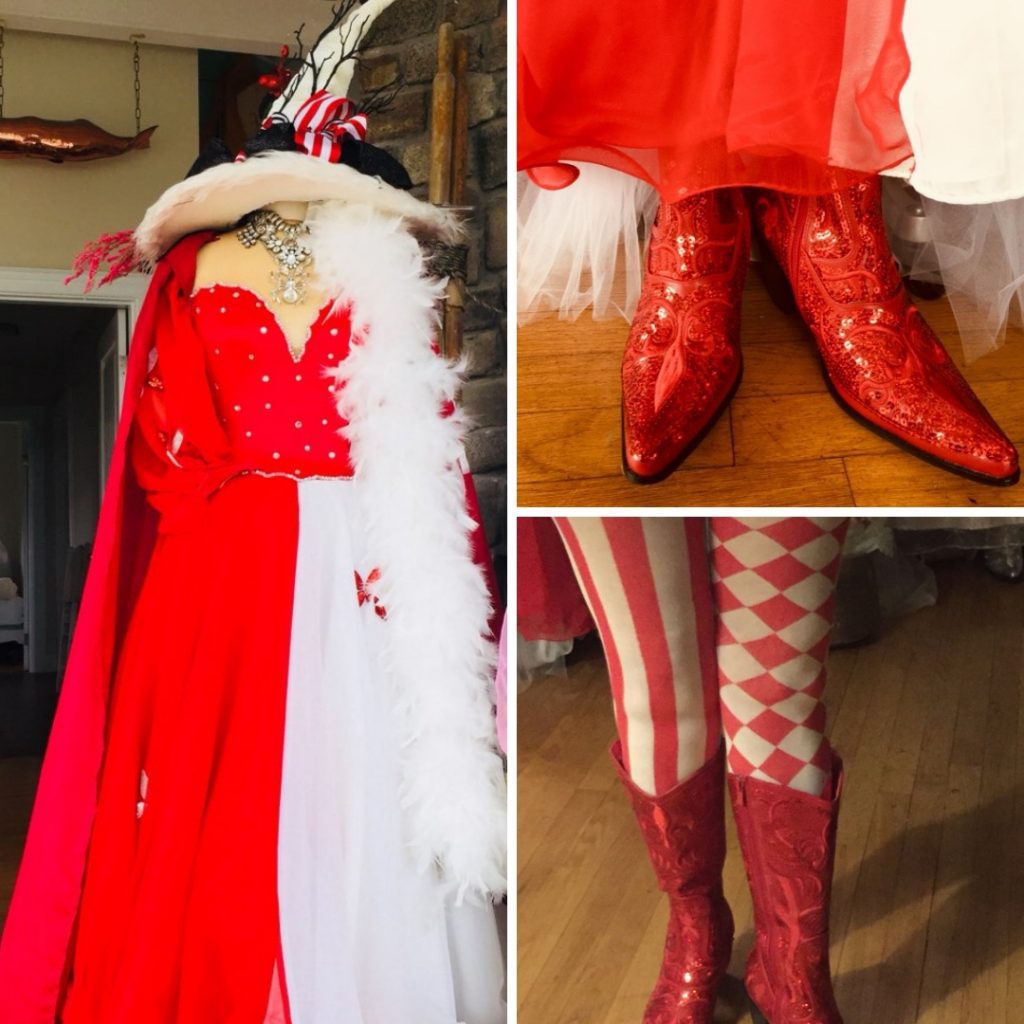 It’s going to be an EPIC. Halloween Season!”

I hope you guys enjoyed this reveal of the costumes you’ll be seeing Borah and Xander in this year. Be sure to follow them on social media to keep up with the fun times. 🙂

Previous Post: « That time I didn’t want to go to Salem and how to avoid the mistakes I made
Next Post: Schooner Fame — The Salem Business Spotlight »