Among the messages I get that relate to bringing the family to Salem are always a few asking if Salem is too scary for kids. I decided today to write out a blog post and talk about exactly that! Feel free to comment below with your own family friendly suggestions around Salem and keep in mind the following is just my two cents.

First thing I want to mention is you know your kids better than anyone else and are the best party to decide what is appropriate for them or what they can handle. Some younger kids like scary movies or creepy Halloween things, others are terrified. Make your decisions on a case by case basis or plan alternate activities in case the kiddos start to get a little overwhelmed.

Visiting during October and/or on Halloween

There are tons of events going on during peak season in the fall that are appropriate for families and kids. The howl-o-ween pet parade, the children’s costume parade, street fairs, Haunted Harmonies, the October carnival, the Haunted Happenings Grand Parade, etc. are all great opportunities to enjoy seasonal activities with the family. You definitely have options.

On the flip side to that, there are some things that could potentially be upsetting to younger ones. If you’re visiting on Halloween, the presence of so many people could be overwhelming and sometimes the costumes are intense or violent looking. There is tons of talk of witches, the trials and executions. Every year we also unfortunately see people who are religious extremists to the point where they feel Halloween is equated with the devil or evil workings and show up in protest. They usually have megaphones, though the city has worked to put an end to that, they hand out literature and sometimes have signs that say upsetting things that are meant to provoke. The presence of these protesters or the contents of their signs could possible upset some young ones, so bear that in mind as well. Luckily they are usually grouped into small clusters of one to three people positioned in a few places around Salem so you can avoid them pretty easily. However, I feel it’s worth mentioning.

Visiting off peak/during the rest of the year

Off season Salem has a way more relaxed vibe. It’s less crowded and less potentially overwhelming for sure. Though the costumes and crowds are removed, talk of witchcraft, the witch trials and executions can still be found around Salem of course. It’s hard to separate the trials and Salem completely, but if this sort of talk is upsetting for the kids, you might want to avoid attractions that feature those aspects and focus on other ones instead. Examples of this could be visiting historic sites that relate to the maritime aspect of Salem, or to its part in New England’s history. You could walk around the Peabody Essex Museum, tour the House of the Seven Gables, go out onto the Schooner Fame or just do some shopping around the city.

I hope you found this info helpful! Feel free to comment below with your own kid friendly suggestions and enjoy!! <3 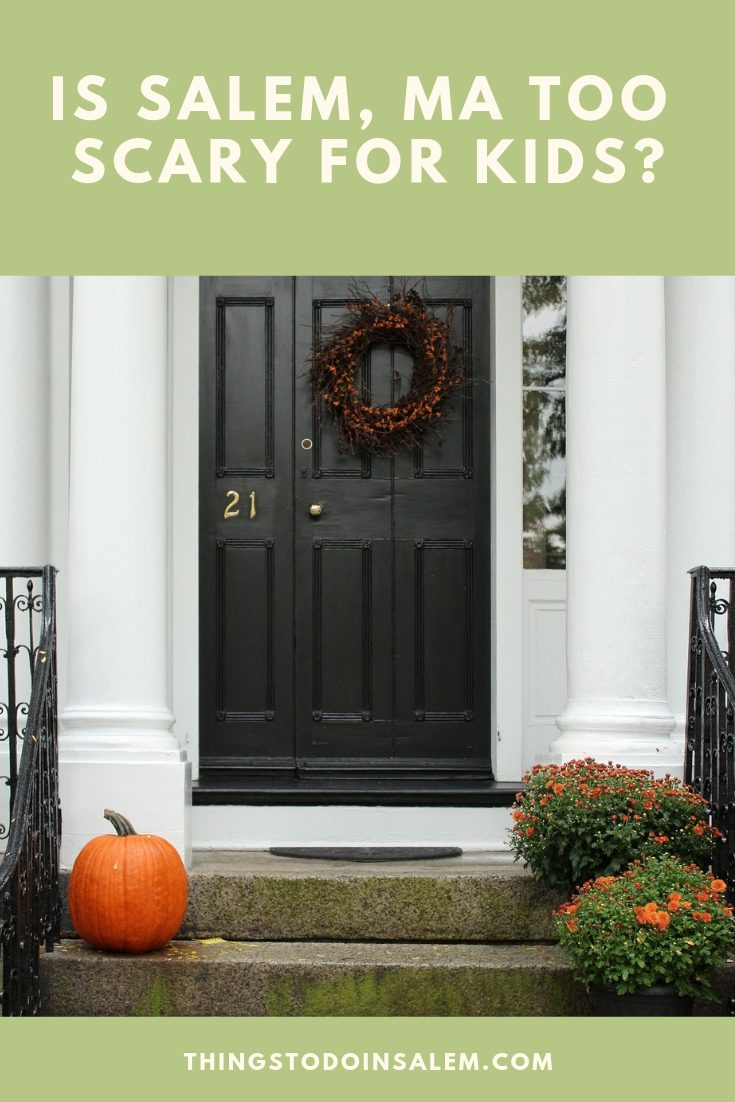 Salemopoly is back in stock, just in time for Hall

Did you see yesterday's blog post? It contains all

Before ➡️ after. Both of these photos were tak