The last update I did of this little series was back in November of 2018, so I think we are due for some new favorites! Today on the blog I am going to outline my current five “must visit” or “must eat” things in Salem. This changes often of course, as new restaurants come and go and as I try different things. Scroll down to the bottom of this post to read my previous blog posts if you want some more food inspo. 😛

I had this from Life Alive for the first time on Saturday and I am so into it now, you guys. I got the half size since I was eating and running off quickly but I enjoyed every bite and will definitely be back for it again. It has brown rice, sprouted legumes, broccoli, kale, avocado, ginger nama shoyu sauce, garlic and flax oil. It was very filling and the half size was a good lunch portion. If you are having dinner or are super hungry then I’d go for the full sized option.

I had this in February when I was wandering around taking pictures of the ice sculptures during the Salem’s So Sweet festival. The soup was absolutely delicious. There are tons of places in Salem that have amazing seafood, but this one from Turner’s was so good and their chowder jumped into first place for me.

I was in Jaho earlier this year and they had a Harvest Moon latte on the specials boards that are in front of the register. I asked about it and the girl behind the counter explained that it’s a mocha and pumpkin flavored latte. Since then I have ordered probably 10 more over the last few months, even though it’s not on the specials anymore. They can still make it, you just need to ask.

I had this one for the first time about a month ago and it was super yummy. Their menu describes it as “oven roasted free-range chicken, black beans, organic cilantro, tomatoes, roasted corn, mozzarella and parmesan cheese and sour cream lime drizzle, and some jalapeño peppers”. I ordered it minus the jalapeño peppers because I am such a baby when it comes to spicy foods. It was almost like Mexican food pizza and I really liked it, will definitely order it again.

A few of us from the @igerssalem crew wandered to the Witch’s Brew Cafe after the Instgrammers meet up at the House of the Seven Gables this last weekend. I was with Jen Ratliff (@historybythesea) and she said she is a big fan of the Witch’s Brew Steak, as is her husband who also joined up with us. I decided to give it a try at their recommendation and was super happy with it. It came out sizzling hot, covered in yummy garlic sauce and over a piece of French bread. What’s not to enjoy about that?! Their menu describes it as “sliced sirloin steak on french bread, with steamed vegetables smothered in sizzling garlic butter”. I would definitely get it again, though it did need a sprinkle of salt and pepper, in my opinion.

I hope this helped give you some ideas!! What are your current favorite foods in Salem? Feel free to comment below. Enjoy!! <3 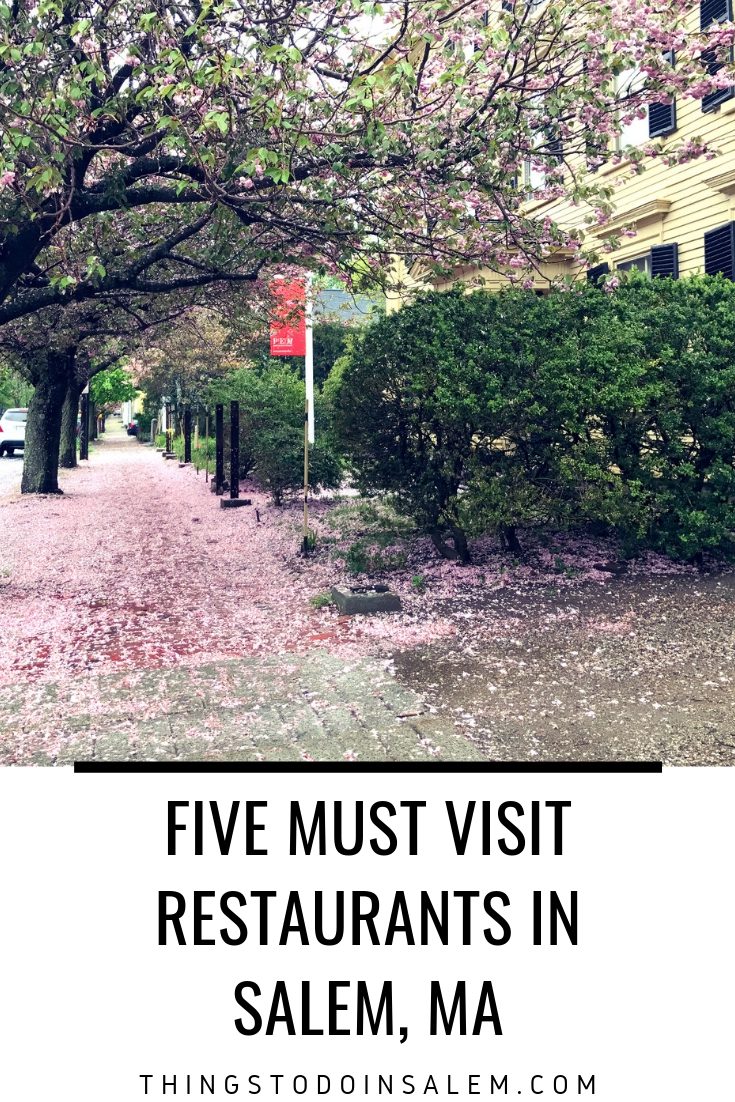 Inquiries can be sent to info@thingstodoinsalem.co

Hey everyone, happy Monday! Today on the blog I ha

The @salemcomedyspiritsfestival was kind enough to

Good morning everyone and happy Monday. Today on t

I am currently getting photography inquiries for e

Have you seen the latest blog post over on Thingst

Come with me to the ribbon cutting at @blackcrafts