Since we are now right around the corner from Halloween, I wanted to share the content of a newsletter I wrote back in August with you guys. If you’re on my list, this will look familiar and you’re awesome for hanging out with me in your inbox. If you aren’t signed up yet, what are you waiting for? 😛 Get goodies like this in your email every Sunday.

So here we go!

If you have wandered around Salem, you’ve likely run into a performer or busker. Especially around the fall, you’ll see costumed individuals acting, singing, playing music and more. Who are some of the familiar faces of the witch city?? Today we’re going to chat a little bit about just that. 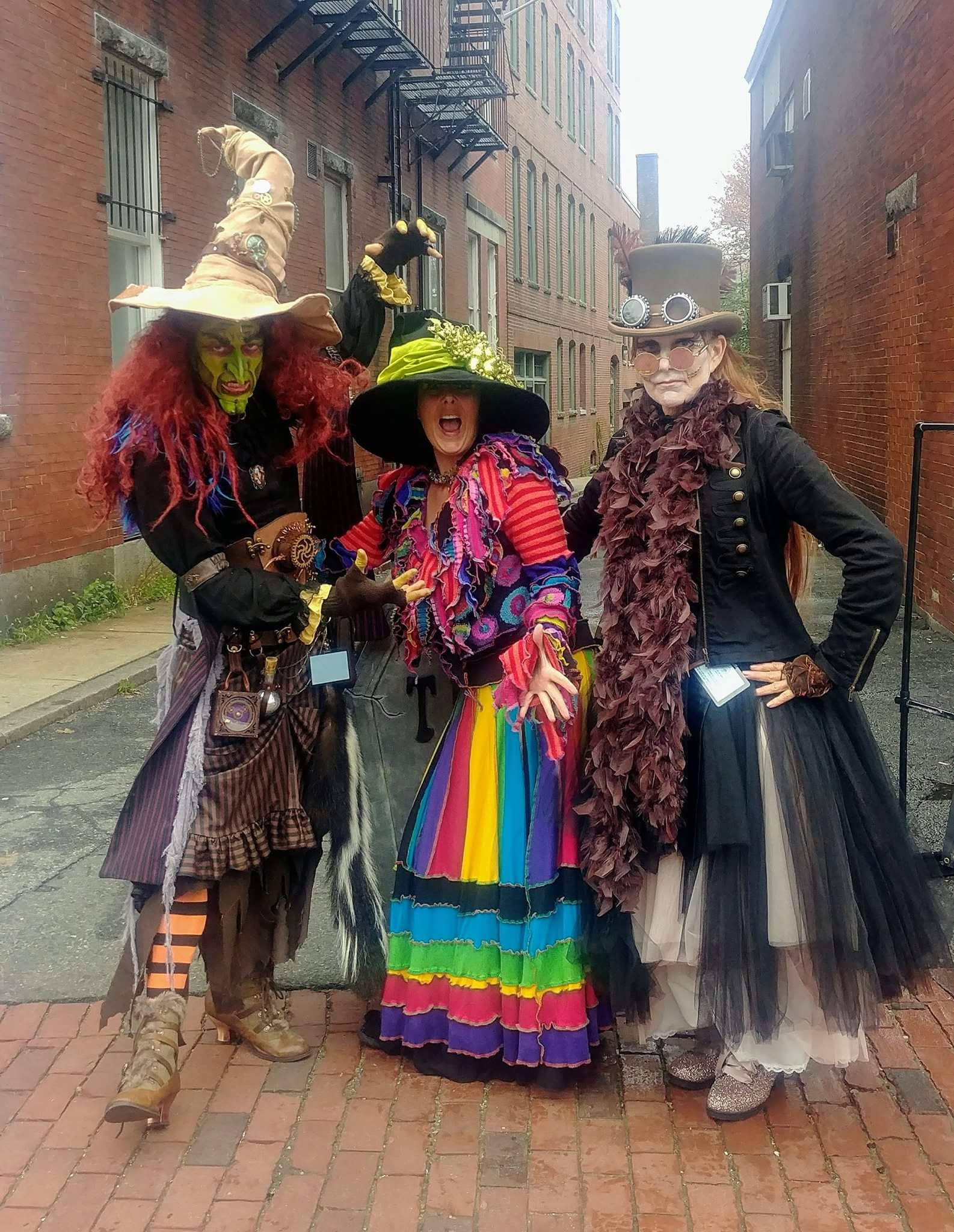 Salem’s Black Hat Society
Salem’s Black Hat Society quickly grew to popularity for so many good reasons. The green faced witch is named Borah Brewington Snaggletooth XIII and the female witch is Xander Diamond. They can regularly be found along Essex street in the fall harassing tourists and having a good time. It’s all in good fun and any money you chose to donate to them goes directly to Salem based charities. 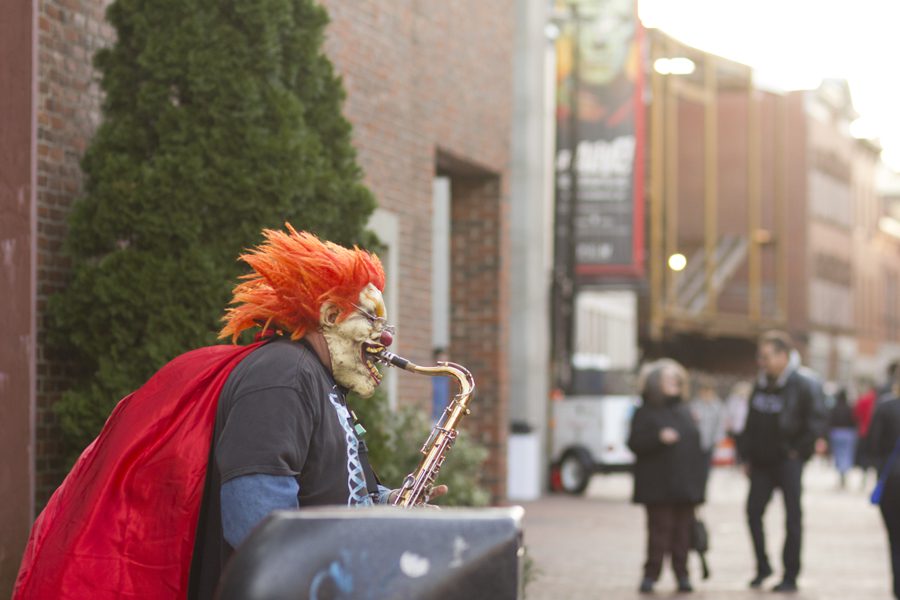 Joe’s Sax Appeal
This orange haired saxophone player has been a staple of Salem since forever and ever. You can find him also along Essex street playing the most beautiful music. He is a gifted musician and a familiar face to us all. If you see him, be sure to say hello and throw a tip his way for the tunes! I most often see him across from Armory Park sitting on the stone wall there. 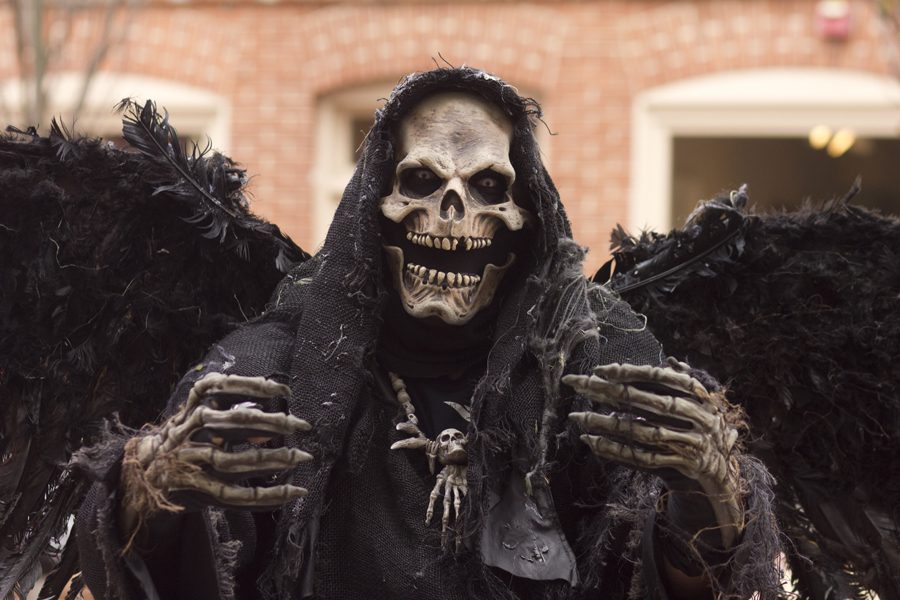 MrBones of Salem
MrBones can be found in Salem most often during city wide events, especially around Halloween. He haunts the Essex area and is certainly hard to miss. His wings articulate and fog comes from his mask upon command!! His costume game is next level so be sure to look for him if you’re in Salem during the fall.

Want to read a little more about him and how he created his costume? 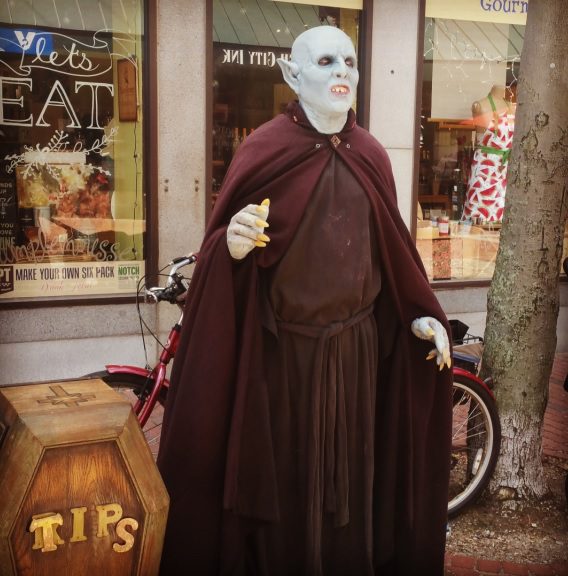 Vampire Steve
Vampire Steve is also a staple of the Salem busker scene and he is usually on Essex around Pamplemousse, in my experience. If you want to take a picture with him you might just get one where he is pretending to use those fangs on your neck or shoulder! 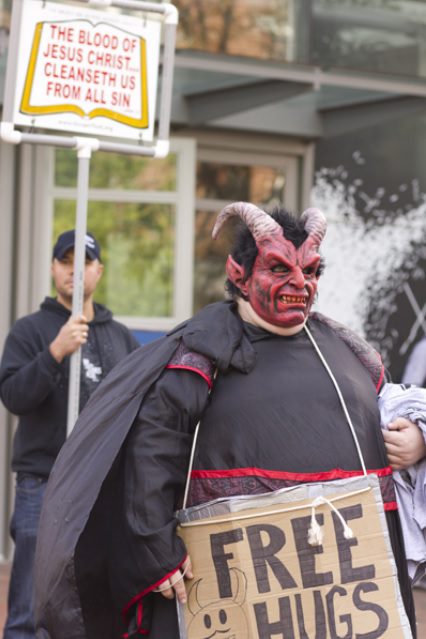 Want to read more about how the Salem Satan came to be? 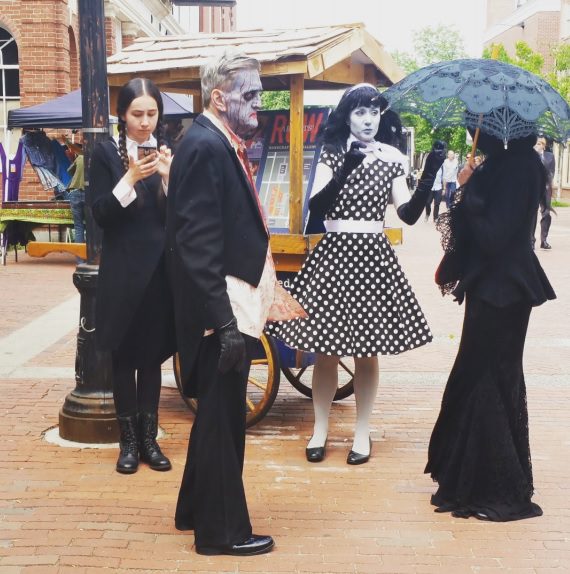 And many more
Salem is home to many more street performers than I have time to mention. Above you see two members of The Addams Family of Salem, Silent Soapbox and Dennis Castleton. We also have Uncle Boogie Man who wanders Salem dressed like Jason carrying a prop that looks like a body, and many, many more.

Who are some of your favorites? Feel free to comment below!! I’d love to hear who you look for when you’re in Salem. Enjoy!! <3